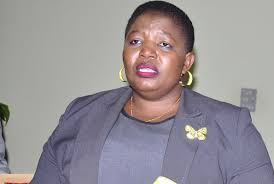 Kampala, 07th/03/2016; The Social Media honeymoon is heading to a forced end. Leaders of the ruling party, National Resistance Movement (NRM) are calling for an indefinite shutdown of the Internet, accusing Netizen of social media misuse.

On 18th February 2016, Uganda went to the polls but the exercise received criticism from observers including the European Union for irregularities and the outcome has been contested and criticized by citizens on social media. Since then, citizens are expressing their frustrations on social media accusing the Independent Electoral Commission of rigging for the incumbent president Museveni.

On the election eve, the Internet Service Providers on order of the government blocked Facebook, Twitter and WatsApp in the alleged attempt to fight terrorism.

There seems to be a drastic change in the use of social media platforms since they were unblocked, from socializing to expressing opinions or thoughts on governance issues which change seem to anger the regime.

On 29th February 2016, the NRM secretary General Justine Kasule Lumumba on her Facebook page warned Netizen against misuse of social media. “…Very soon I will be cooperating with authorities about some of the posts that I think are of a criminal nature and are threatening to my well being, I am a mother and I have people that will miss me if anything happened to me. I’m not saying I’m threatened or scared of or by your posts but in life we all have frustrations but taking them out on other people is not a good practice and its illegal to, most especially if we make threats towards people’s lives or insult them…” 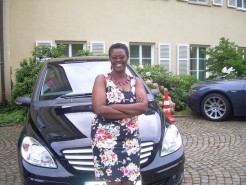 The newly elected Member of Parliament for Burahya County Margaret Muhanga Mugisa on her Facebook page, she published on 06th February stated that “I pray that social media is closed again and forever. It’s getting out of hand…when people wake up and all they do is abuse and post derogatory stuff about people they don’t even know…”

Well as there could be mistakes made by social media users, the Unwanted Witness is concerned about avenues being proposed by members of the ruling party to address such issues.

“Shutting down the Internet will be a point in the wrong direction but solutions to post election issues must be found by all participants. But also, we must have a dialogue on the best way to regulate social media to avoid curtailing citizens’ freedoms and rights, Jeff Wokulira Ssebaggala, the Unwanted Witness Chief Executive Officer said

The NRM party enjoys majority members in the Parliament of Uganda whose interests can easily be passed into law.