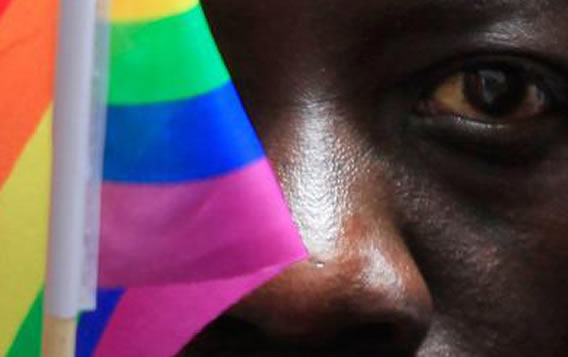 As the rights of the minority group seem to be at stake following the passing of the Anti-Homosexuality Bill 2009 by parliamentary recently, four Ugandan and international human rights organizations have called on President Yoweri Museveni to use his veto powers to reject the controversial Bill.

Human Rights Activists have now joined members of parliament Fox Odoi for West Budama and Sam Amooti  Otada who wrote a minority report criticizing the bill, saying that it has no place in any civilized society.

Odoi said fisrt of all this matter was not reflected on the day order paper that indicates the business to be conducted by parliament.

“you cannot pass a law without a quorum, it collapses, it’s illegal, it’s unconstitutional … and that was raiosed by the Prime minister that there was no quorum in the House so what parliament did has no effect at law and if it requires a challenge in courts of judicature, am prepared to do it out of principle”.-Odoi stressed

The four groups including the Sexual Minorities Uganda, Human Rights Watch, Hivos together with the East and Horn of Africa Human Rights Defenders Project said that the bill’s passage constitutes a significant step backward for Uganda’s commitments to respect human rights.

The human rights defenders says that the bill would increase penalties for some forms of consensual same-sex conduct between adults, curtail constitutionally protected rights to privacy, family life, and equality, and violate the rights to freedom of association and expression..

They further urge that Uganda’s parliament had made some progress in the past two years addressing human rights concerns, for example by making torture a criminal offense.

The Africa director at Human Rights Watch Daniel Bekele said that president Museveni should avoid the trap of scapegoating a vulnerable minority in the interests of short-term political gain.

“He should recognize that this repugnant bill is of no benefit to Ugandans – that it only serves to jeopardize basic rights – and reject it.” Bekele said

the fight against the bill has not been left to the international actors alone, but the local activists in Uganda have also urged President Museveni to veto the measure as unconstitutional.

The executive director of Sexual Minorities in Uganda, Frank Mugisha said the group is determined to work towards challenging the bill through all avenues to prevent it from it from becoming law.

“We are outraged and disappointed that our MPs have expressed ignorance and intolerance by passing this bill,” said Frank Mugisha.

The bill, which was first, introduced in 2009 by David Bahati, a member of parliament for Ndorwa West Country in Western Uganda.

“The bill has been in parliament for five years, it is a straight forward bill, to stop the promotion of Homosexuality which is going on, to stop the funding of homosexuality in this country, the recruitment of our children, the protection of our marriages, to stop save our marriages,  it’s a straight forward case, it has been on floor of the house  for five years, Ugandans have been waiting for”-Bahati

And the object of this bill is to establish a comprehensive consolidated legislation to protect the traditional family by prohibiting any form of sexual relations between persons of the same sex and secondly prohibit the promotion or recognition of such sexual relations in public institutions with support of any government entity in Uganda or any non-governmental organization.

The approved bill establishes life sentences for any form of penetration or sexual stimulation of a person of the same sex, as well as for “aggravated” homosexuality, which would apply to “serial offenders.

Article 145 of the current penal code already punishes “carnal knowledge against the order of nature,” a colonial-era term understood to refer to sex between men, with life imprisonment. The new text would extend the punishment to sexual relations between women.

The bill further criminalizes the promotion of homosexuality which the human Right Defenders claim that it is an attack on the right to freedom of expression.

There is now fear that Human rights groups and other organizations that seek to promote tolerance and put an end to violence on the basis of sexual orientation and gender identity, as well as organizations providing health services to lesbian, gay, bisexual and transgender (LGBT) people, could potentially be shut down.

According clause 7 under part 3 of the bill entitled Aiding and abating homosexuality actually the directors of such organizations could face prison sentences.

The United Nations Human Rights Committee ruled, in a November 2012 case concerning Russia, that prohibitions against the “propaganda of homosexuality” violate non-discrimination protections guaranteed by the International Covenant on Civil and Political Rights.

Uganda’s constitution, in article 29, contains strong protections for freedom of expression, conscience, and belief. The Ugandan Human Rights Commission, Uganda Law Society, and the Foundation for Human Rights Initiative have all publicly criticized the Anti-Homosexuality Bill as unconstitutional.

The Executive Director of the East and Horn of Africa Human Rights Defenders Project Hassan Shire Sheikh said that it is disheartening that parliament has passed a bill that will prevent civil society from even discussing human rights, including the right to health, for LGBT people.

“This bill sets a dangerous precedent by stifling dissent. If today it is those who support the rights of LGBT people, who will it be tomorrow?”- Hassan Shire Sheikh

the groups further stressed that the bill imposes criminal penalties of life in prison for people of the same sex who “purport to contract a marriage.” This ban on private ceremonies would violate privacy rights as well as freedom of association.

Ugandan LGBT activists have expressed concern that the bill could encourage vigilante violence. Knowing that they themselves face arrest and up to life in prison, LGBT individuals would be reluctant to report crimes against them.

Finally, the bill proposes to nullify Uganda’s international human rights obligations in cases in which they contradict the Anti-Homosexuality Bill. The activists say that the bill is inconsistent with the right of non-discrimination among others provisions and it would place Uganda in conflict with its human rights treaty obligations.

The four Human Rights organization also claimed that the International donors to Uganda have been outspoken in their criticism of the bill since it was first presented in parliament. And that it is crucial for these donors to loudly and publicly condemn the bill and communicate their concerns to Museveni.

Roman Baatenburg, press officer at Hivos said that the bill is not about solving actual problems facing Uganda, but about institutionalizing discrimination.

“We strongly urge President Museveni to act in the interests of Ugandans by rejecting the bill and focusing on the real problems facing Uganda, such as poverty, corruption, and impunity.”- Baatenburg stressed