Experts call for ‘return to human intelligence’ after Snowden

Home Experts call for ‘return to human intelligence’ after Snowden 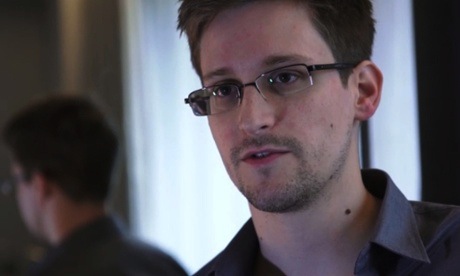 Edward Snowden’s surveillance revelations will play a key role in the future evolution of intelligence gathering.

Intelligence agencies must use the debate sparked by Edward Snowden’s surveillance revelations to overhaul their attitude to privacy and oversight, said the group speaking at Dublin’s Web Summit in November.

“What’s urgently required is a real cultural shift amongst our politicians and among our civil servants in Whitehall as to the value of privacy: the fact that it’s a public and social good, and it’s a collective good as well,” said Bella Sankey, policy director at civil liberties organisation Liberty.

Sankey, speaking alongside the former MI5 intelligence officer and whistleblower Annie Machon, criticised Hannigan for his attack on technology companies, in which he claimed were “in denial” about the misuse of the internet by terrorists, and that “privacy has never been an absolute right”.

“Given everything we’ve learnt in the past 18 months, he chose not to address at all the very serious things that GCHQ stand accused of: blanket surveillance of the UK population with public knowledge and without parliamentary knowledge, [and] receiving warrantless bulk intercepts from the NSA on US and people around the world,” said Machon.

“Instead he chose to attack tech companies, to kind of instigate a PR smearing campaign in a threatening and non-constructive way. It’s astounding when GCHQ is in the dock that it has yet to respond on the substance of anything that we’ve learned.”

Sankey called for “a new settlement and a new consensus” with full engagement from agencies and politicians. “This whole notion that individual privacy is in tension with the security of everyone is really shot to pieces by what we’ve learned about what’s been going on,” she said.

“Liberty has a case in the Investigatory Powers Tribunal, which is this very secretive quasi-court which is the means by which you challenge surveillance measures in the UK. And we’re hoping by that case that we’re going to be able to force a change in the law and for some of this debate to come out in the open,” she said.

“But it’s a very long and slow process, and so far the agencies have been resisting and obfuscating every step of the way.”

Effective oversight – to include citizens

Jamie Bartlett, director of the centre for the analysis of social media at thinktank Demos, said most citizens cared more about stopping terrorists than about privacy.

“What I think the Snowden revelations have done is certainly created the impression among the public that the spies are scooping up everything: everything we do, all the data, every swipe every click, every bit of browsing history. So they’re omnipotent, they’re omnipresent,” he said.

Bartlett said Snowden has prompted a “robust response” from technology companies, and an increase in the availability of easy-to-use encryption services for the public. But terrorists and criminals would also be benefitting from encrypted services, making it harder for agencies to prevent attacks, especially perpetrated by unpredictable individuals with “ a low barrier to entry”.

It could mean, he said, the crisis of confidence in the intelligence agencies will be about them failing to stop terrorism, rather than in overstepping the mark on privacy.

Bartlett speculated about a return to “old-fashioned human intelligence”: targeted bugs in rooms and infiltration of groups, though these actually present a greater moral hazard. “We need a new settlement about the types of intelligence we’re going to allow – and crucial to that is a far better system of oversight.”

Rather than securicrats watching other securicrats, “I want citizens who are security cleared to be part of the Intelligence and Security Committee [in parliament],” he said 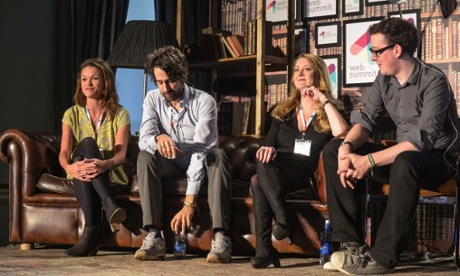 Machon called for a “proper channel” for whistleblowers that would listen to their concerns, investigate and punish any wrongdoing.

“What we have is a system where if you ask questions or have ethical concerns you are told to shut up and just follow orders. And you become marked as a troublemaker,” she said. “So those who do have ethical concerns, those who are concerned about illegal operations, usually just resign and get on with their lives.”

Machon drew on her own experience going on the run with her then-partner David Shayler in 1996, and noted that intelligence whistleblowers still face the punishment of being “de facto criminalised for speaking to anyone outside that agency”.

“We’re a long way from it. We have the Intelligence and Security Committee in parliament, which is made up of place-men, appointed by the prime minister, and it really has no teeth. It can’t investigate properly. It never has been able to investigate properly. And if this was beefed up into a meaningful oversight body that whistleblowers and others could go to, then I think that would enforce change.” 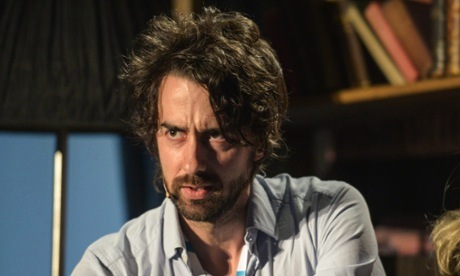 GCHQ ‘frustrated’ by growing use of encryption

Bartlett suggested that Hannigan’s decision to go on the offensive reflected wider frustration within GCHQ about technology companies ramping up encryption features.
“One might say with some weight that they’ve brought this on themselves, because it’s as a result of the revelations of Edward Snowden that more people are using this type of software,” he said.

“It is very difficult indeed for GCHQ and others to keep tabs on what ISIS is doing. They have become far more sophisticated and their use of open source encryption has been increasing dramatically,” he said adding that there should be more of a partnership approach rather than bullying the sector.

“They’re going to have to find a more progressive, positive working relationship. And I don’t think the best way of doing it is going on the front foot and slagging them off.”

Terrorism is for the police, not the security services

Machon said there needs to be a debate about the role of the intelligence agencies.

“Our intelligence agencies were put in place to protect ‘national security’ – which has never been legally defined under British law – and to protect the economic wellbeing of the state,” she said, citing WWII and the provisional IRA campaigns of the 1970’s to 1990’s as examples of threats to national security.

“The agencies have mission creep going on. They have taken over work that is not really appropriate to an intelligence agency, but is more appropriate for police work, where you’re supposed to gather evidence and put people on trial in front of a jury of their peers.”

Machon said there needed to be a “wholesale rethink” of British intelligence agencies and surveillance, starting with the establishment of an entirely new agency that worked within a regulatory framework. 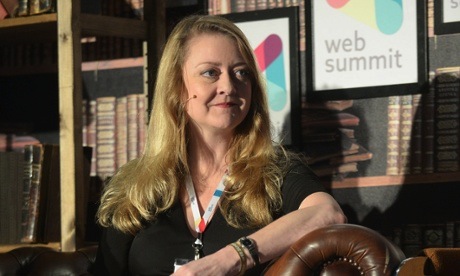 Sankey said it is inappropriate for UK ministers to be signing surveillance and interception warrants when Canada, New Zealand and Australia all appointed judges to do so. She said Liberty had calculated that the home secretary signs around seven each day.

“How, amongst all the other duties of the home secretary, are they supposed to have the time and attention to scrutinise each one, assess whether it’s necessary and proportionate, and ask the necessary questions? They just don’t. It’s a ridiculous system.”

Sankey claimed that independent research on NSA bulk interception has shown it hasn’t prevented a single attack. “The efficacy of the policy has not been shown to work,” she said. “If that information isn’t being acted upon, what’s the point of ever harvesting more and more of it? In the hackneyed needle and haystack analogy, you rarely need a bigger haystack.” 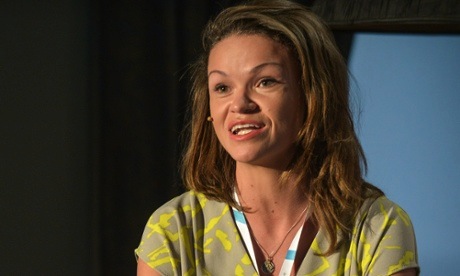 East Germans were traumatised by the scale and invasiveness of surveillance by the Stasi from 1950 to 1990, Machon said, which explained Germany’s outrage to Snowden’s revelations.

“They know that if you do not have privacy, then you do not have the capability to mobilise and push back against a domineering government,” she said. “First they did come for the journalists, the trade unionists and the activists, and then it got worse.

“If you don’t have privacy, you can’t mobilise, you can’t plan, you cannot resist. You cannot have a functioning democracy, and that way lies totalitarianism. And that’s what we’re facing at the moment.”

Bartlett said many in the UK felt they were prepared to give up some of their personal privacy to help protect the country from terrorism, but Sankey said it is wrong to view the internet through the prism of terrorism.

“That’s what Robert Hannigan was doing, saying ‘this is the network of the terrorists’.

“But it’s not. It’s a free and public good. It’s got enormous potential, but that potential can be massively undermined if it becomes a tool of oppression for the most powerful governments in the world like the US and the UK.”