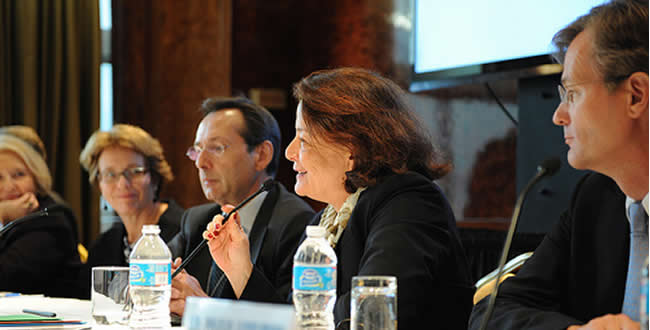 PP1. Guided by the Universal Declaration of Human Rights, the International Covenants on Human Rights, and other relevant instruments, including the Convention on the Elimination of all forms of Discrimination against Women (CEDAW),
PP2. Recalling its resolution 53/144 of 9 December 1998, by which it adopted by consensus the Declaration on the Right and Responsibility of Individuals, Groups and Organs of Society to Promote and Protect Universally Recognized Human Rights and Fundamental Freedoms annexed to that resolution, and reiterating the fundamental importance of this Declaration and its promotion and implementation, (Ref: A/RES/66/164 pp1)

PP3. Recalling also all previous resolutions on this subject, including resolution 66/164 of 19 December 2011, and Human Rights Council resolutions 16/5 of 24 March 2011 and 22/6 of 21 March 2013, and acknowledging the attention given by the Human Rights Council to the importance of women human rights defenders and of enabling their work in recent resolutions and the panel debate convened in June 2012, (Ref: A/RES/66/164 pp2)
PP4. Recalling further the Vienna Declaration and Programme of Action, the Declaration on the Elimination of Violence against Women, the Programme of Action of the International Conference on Population and Development and the Beijing Declaration and Platform for Action and their review outcomes, as well as the agreed conclusions and resolutions of the Commission on the Status of Women,

PP5. Acknowledging that women who engage in defense of all human rights and all people who engage in defense of rights of women and rights related to gender, individually and in association with others, play an important role, promoting and striving for the protection and realization of human rights and fundamental freedoms at the local, national, regional and international levels,

PP6. Noting with deep concern that in many countries persons and organizations engaged in promoting and defending human rights and fundamental freedoms frequently face threats and harassment and suffer insecurity as a result of those activities, including through restrictions on freedom of association or expression or the right to peaceful assembly, or abuse of civil or criminal proceedings, (Ref: A/RES/66/164 PP3)